At a very young age Lawrence Simmons has always been driven by his creative passions and entrepeunarial spirit. Influenced by his artistic mother and his technology-focused father, he was given a opportunity to learn unique skill sets that would prove invaluable later in his life. Lawrence attended Minneapolis College of Art and Design, where he began using technology to support his artistic creations. He transitioned to design and print work at advertising agencies, Throughout his career, he has developed and designed creative and User Interface (UI) experiences for start-ups, as well as Fortune 500 companies.

Lawrence is an award-winning international artist and entrepreneur whose work has been featured in several magazine, books, as well as NBC universal, CBS and the Today show. And he is also the creator of Art & Color. 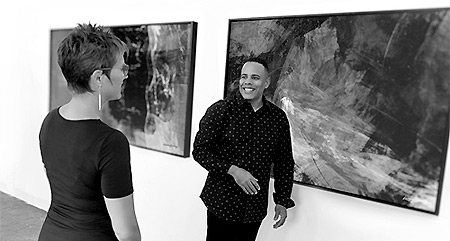